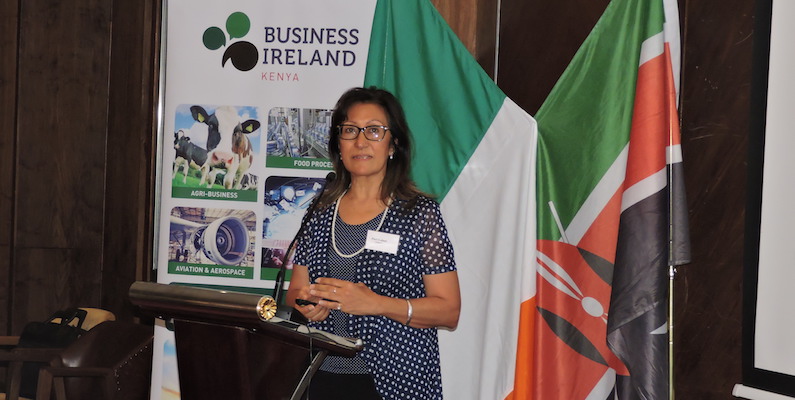 The meeting began at 7:30am at Capital Club, Nairobi. The venue was full to capacity with approximately 80 people in attendance.

Simon gave a security brief, highlighting an IED attack on Mandera Governor Roba’s convoy, in which five police officers died. He reported that small groups are organizing attacks on the Kenya-Somalia border. Planning for Ramadan in June, police have advised increased vigilance for citizens living in areas prone to Al-Shabaab attacks. There is also a risk for elections disruption in 2017 by the militia group.

There are over 16,000 Kenyans vying for elective seats in Kenyan elections in 2017, with 4,000 vying as independent candidates.

Nick Langford introduced the large-scale satellite city concept, Tatu City, that will be one of the largest city development projects in Africa, comparable only to a similar project in South Africa.

Tatu seeks to make it more attractive for investors to come to Kenya by decreasing the risks associated with land transactions and ownership, e.g. legal processes and taxation. Tatu obtained ownership of land and packaged investments in the city into manageable commercial transactions that would enable both commercial and private investors to effectively and efficiently set up in the area.

Companies that have signed agreements and are moving to Tatu City include Unilever, Dormans and Chandarana Enterprises. These industrial partners are collectively investing USD $500 million in state-of-the-art manufacturing and logistics bases.

The development will soon receive Special Economic Zone (SEZ) status to facilitate a conducive business and investor environment. It appears to present opportunities for both large and medium to small-scale enterprises.

SEZ enterprises, developers and operators will be subjected to reduced corporate rates of 10 percent for the first 10 years of operation and 15 percent for the next 10 years. Licensed SEZ enterprises, developers and operators are granted exemption from all existing taxes and duties payable under the Customs and Excise Act, ITA, EACCMA, VAT Act and Stamp Duty Act on all SEZ transactions.

Education is a key driver in championing the agenda of EI. He noted that 100,000 African students travelled overseas to study every year. Only a very small fraction of that had considered Ireland as a study destination.

He outlined the following factors that make Ireland an attractive option for students seeking to study internationally: 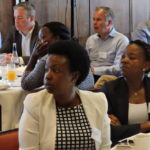 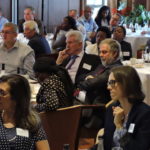 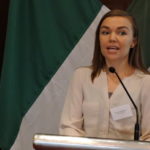 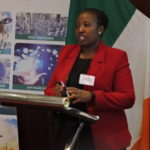 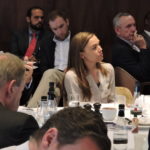 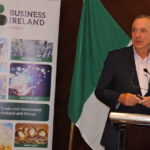 Pari provided the perspective of a student recruitment agency.

The top 3 popular study destinations for Kenyan students are the USA, UK and Australia. Kenyan students had a culture of hard-work and that their English-speaking skills were good.

Some of factors influencing choice of studying abroad include, but are not limited, to:

Pari noted that one of the benefits for acquiring an international education was teaching students to work and live together.

Esther provided an outline of the Kenyan education system and what opportunities exist. There are opportunities for higher education and training; production of learning materials, ICT infrastructure and laboratory equipment, setting up manufacturing centers for training equipment and research and development.

There are also opportunities in training teachers on competency based curriculums.
Esther noted that there re approximately 25,000 schools in Kenya, and five to 10 percent of students progress to third-level education. There are currently 30 universities in Kenya, which are still unable to accommodate the number of students. In addition, there is a low ratio of teachers to students in learning institutions.