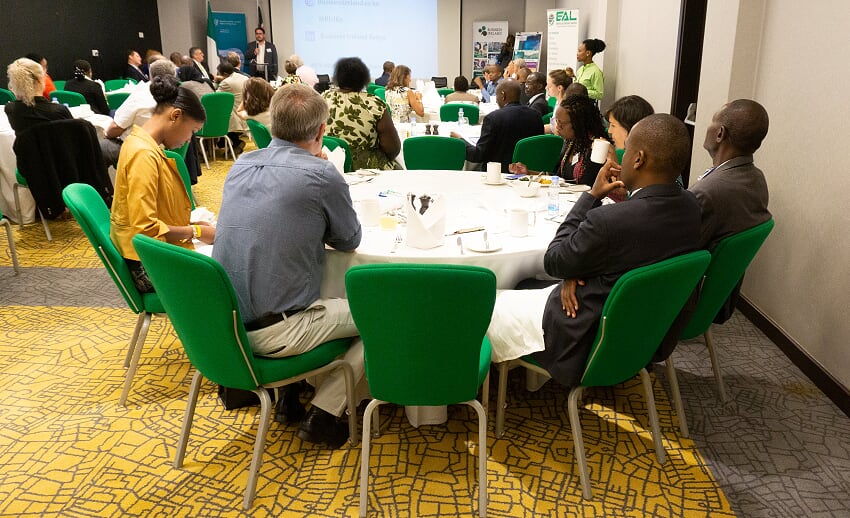 The second BIK Breakfast Meeting of 2019 was held on Friday, 3rd May from 7.30 am at Park Inn by Radisson with approximately 70 attendees.

Mr Gillen welcomed the members and shared updates on BIK membership for 2019 encouraging those present to continue participating in BIK events and to grow the network.   He shared information on the upgraded BIK website and urged members to interact with the site and social media channels to stay up to date with current and upcoming engagements.

Mr Hockey gave an overview on significant security risks affecting business in the country. He noted that in the reporting period, the overall security situation in Kenya was relatively calm. He cited recent concerns raised by the Kenyan public on the introduction of the Huduma Namba registration number and the proposed Housing Tax.

He shared updates on notable developments with regard to security in Naivasha, The Rift Valley and The Coast region. He shared brief information on US air strikes being carried out in Somalia and the reported death of Ahmad Iman Ali. He finalised by informing members that a new Inspector General had been elected – Mr. Hillary Mutyambai

MINUTE 2: Update from the Embassy of Ireland – Ms Lisa Doherty

Ms Doherty, Chargé d’Affaires at the Embassy of Ireland gave an overview of the state of the Irish and Kenyan economies and gave insight into the Embassy’s work in strengthening trade relations between the two countries. She informed the BIK members that the new Ambassador was set to arrive in June and would be present at the next BIK Business Breakfast.

In her remarks she noted that global economic growth is slowing but that Ireland’s economy is performing well; annual export growth is expected to average 4% in 2019 – 2023 and will remain largely dependent on growth in the pharma, computer software and internet services sectors.

On Kenya’s economic outlook, medium term growth is stable with a projection of 5.7% for 2019. Factors likely to affect GDP growth include the persistent drought conditions and external debt. However, Kenya’s risk of external debt distress has increased from low to moderate.

Data for Ireland-Kenya trade continues to show a general upward trend. Imports into Kenya have decreased slightly but export of coffee, tea and spices from Kenya to Ireland increased by approximately 17%. Financial services and communications are the highest traded services.

In addition to ongoing trade initiatives such as the double taxation agreement and support to the KenInvest One Stop Centre and KEPSA, the Embassy continues to see interest from Irish companies in doing business in Kenya and two inward trade missions to Kenya have been scheduled for 2019.

The Embassy is also working toward initiatives for creating awareness of Ireland as a study destination for students from Kenya. This will be facilitated by the Embassy being selected for a pilot through which the Embassy will be able to sanction education visas locally; thereby significantly cutting down the visa processing times. 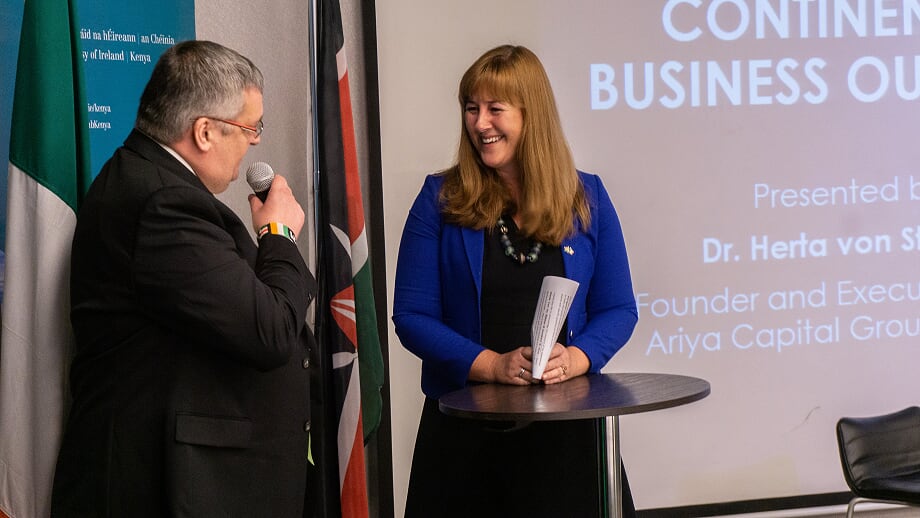 Dr von Stiegel is the Founder and Executive Chair of Ariya Capital Group Ltd and is the founder of the Prince’s Trust Women’s Leadership Group, the UK’s leading youth charity. She has a wealth of experience from her work with industry giants worldwide.  She gave a presentation on global and continental business outlook with key focus on global trends, major political risks, commercial opportunities/ threats and effective expansion strategies.

It was noted that there was strong growth recorded in 2017 and early 2018 but global economic activity slowed in the second half of last year with growth now projected to slow from 3.6% in 2018 to 3.3% in 2019 before returning to 3.6% in 2020. She cited that key political risks for 2019 and beyond would focus on the potential Brexit outcome and that African countries would likely see effects from factors such as the free continental trade area and elections in Africa.

In regards to expansion, she mentioned three key factors that enterprises should focus their operations on within the current business environment, namely following your clients, your environmental – social – governance structures and the value of your network.  She finalised her presentation by sharing the prediction from Basil El-Baz of The Financial Times on the ‘Made in Africa’ brand becoming as ubiquitous as ‘Made in China’ within 50 years.

The EAC is made up of 6 member states and has access to a market of approximately 160 million people. While this is a valid proposition, African only has a 2% share of world trade and would therefore benefit from integration to attract investors. Integration binds Regional Economic Communities (REC’s) into single markets and The EAC is a prime example of this.

TradeMark East Africa began working with the EAC and member states in 2010 and since then, has noted significant improvements in the business environment within member states: from hard physical infrastructure like border posts, the Standard Gauge Railway (SGR) and the Lamu Port South Sudan Ethiopia Transport (LAPSSET) Corridor; to soft trade infrastructure measures such as reduced non – tariff barriers and support to business initiatives. He shared the challenges faced within the region, citing factors such as financial trade deficits and political instability.

He finalised his presentation by sharing opportunities and positive factors that could have potential influence on businesses operating in the EAC citing factors such as economic growth, preferential trade agreements and the Africa Continental Free Trade Area.

Ian Middleton is the Managing Director of DT Dobie, a BIK member and part of the CFAO group – one of the largest Automobile groups in Africa and the French overseas territory.  DT Dobie Kenya has branches in Nairobi, Kisumu, Eldoret, Mombasa and Nakuru. Mr Middleton shared insights on the operation and management of a business within Kenya from the perspective of DT Dobie.

Local Manufacturing is one of the major priorities of Kenya’s Big 4 agenda that will enable the country’s industrialisation and economic transformation. In line with this, the National Automotive policy (currently in draft form) plays a major role and is under discussion with stakeholders. Once enacted through parliament, it is expected to spur the industry and the Kenyan economy at large.

He shared the challenges and success factors experienced by DT Dobie in the last 5 years citing the economic decline in 2017 as a result of the elections, rise in demand for vehicles in 2018 through government tenders and local assembly of vehicles among others.

Mr Middleton finalised his presentation by sharing an overview of strategies DT Dobie has in place to ensure the organisation continues to succeed in the Kenyan market, from marketing and digital strategies to improved product ranges to meet demand and expansion efforts 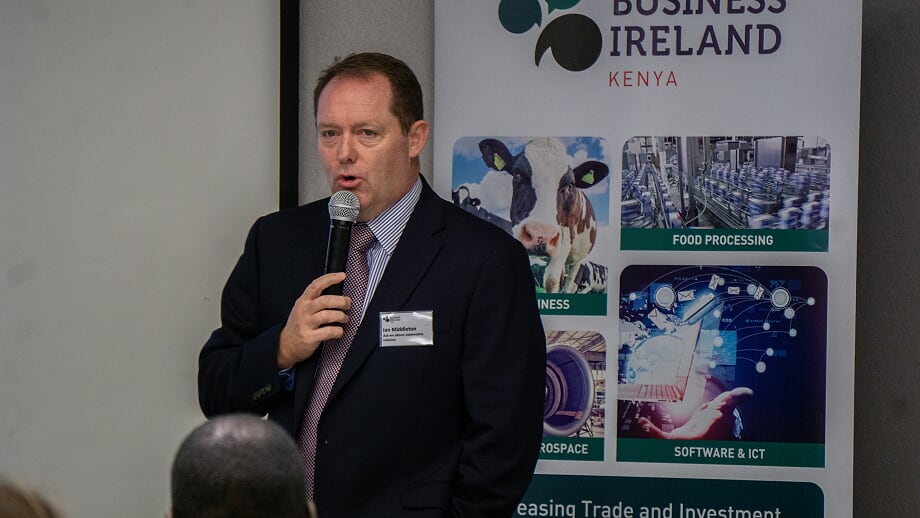 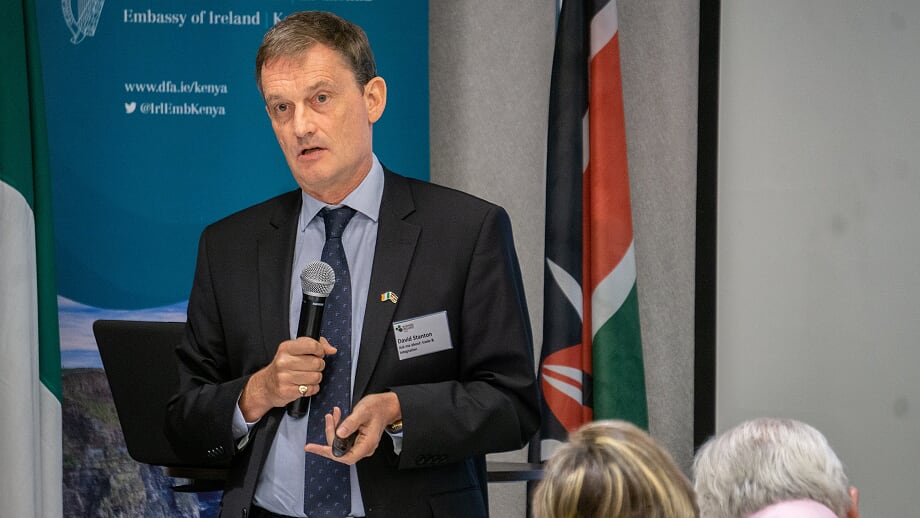 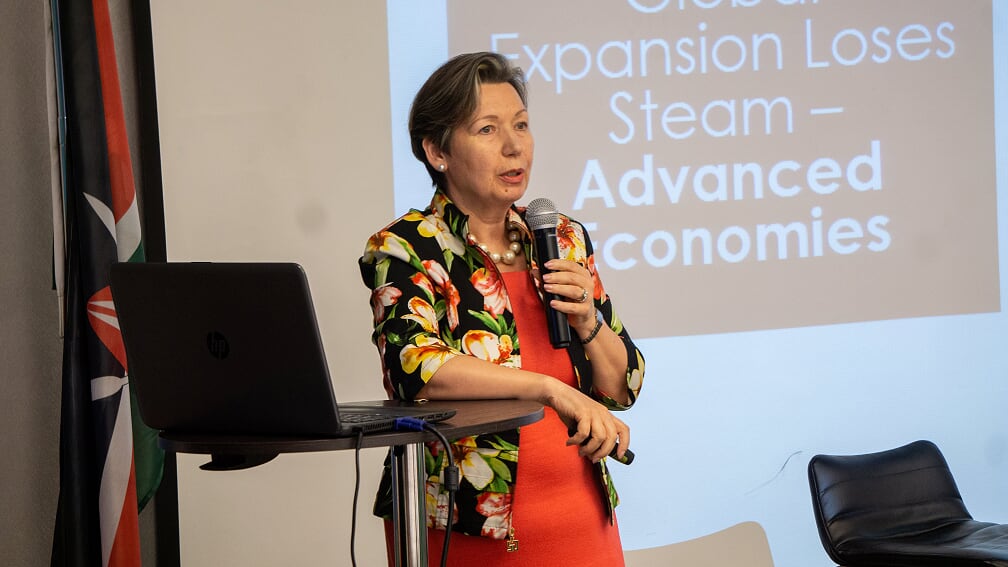 MINUTE 5: Comments and questions from the floor

BIK Chair – Darren Gillen – invited the speakers onto the stage and opened the floor was for general questions.  Some of the questions that members and guests asked and answers provided by the panel are recorded below.

Q1. Are there potential areas of collaboration with Higher Education Institutions to facilitate learning opportunities for students?

Mr Middleton shared that DT Dobie was already in partnership with some institutions in the country and was open to partnering with more in order to work with students from Engineering courses.

Q2. The population in East Africa is expected to rise and with this the demand for food. What views does TradeMark East Africa have on the situation in the EAC in regard to local food production versus imports?

Mr Stanton responded that infrastructure and facilities to cater for the rise in food demand were in the process of being implemented in the region.

Q3. With expansion of enterprises in Africa, there is an increase in opportunities for a labour force that is well versed in digital and technology skills. While this is appreciated, what can organisations do to improve generation X – Y – Z soft skills?

Dr von Steigen shared that while there are skills that can be taught such as technical skills, emotional and cultural quotient cannot be taught – rather they are learnt from experiences. She emphasised that organisations must step forward and engage their young workforce in ways that will build their soft skills.

In keeping with this theme of working with and engaging youth in an effort to create jobs and promote economic development, Mr Gillen took the opportunity to introduce the new Young Scientists Kenya (YSK) Country Director – Mr Collins Munene – who reiterated Dr von Steigel’s sentiments noting that youth make up 70% of the population of Kenya and possess incredible potential. He urged companies to look at their projections for the next five years and tap into this youth potential.

Minute 6: Conclusion of the meeting

Mr Gillen closed the BIK Breakfast Meeting and thanked the speakers for their extremely informative and engaging inputs.

The meeting was concluded at 9.40am and BIK members were then given the opportunity to network and engage with the speakers.

The next Business Breakfast will be held on 5th July 2019. An agenda will be shared with BIK members in due course. 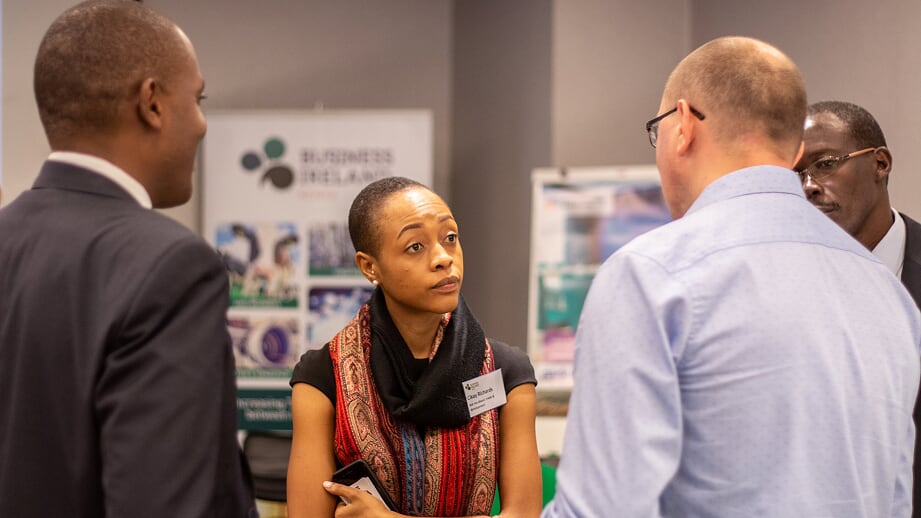 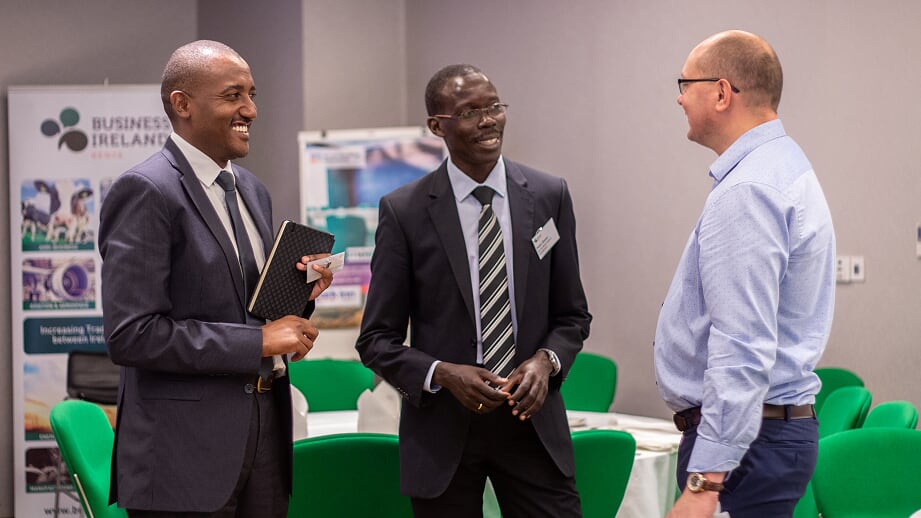 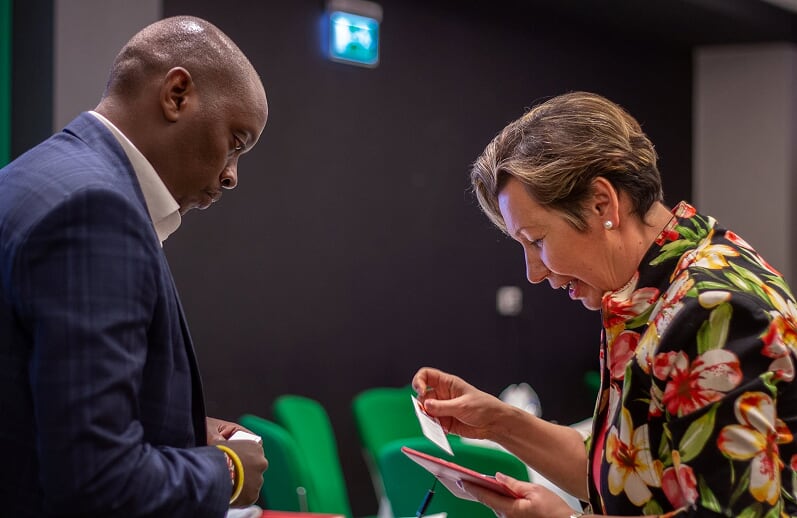 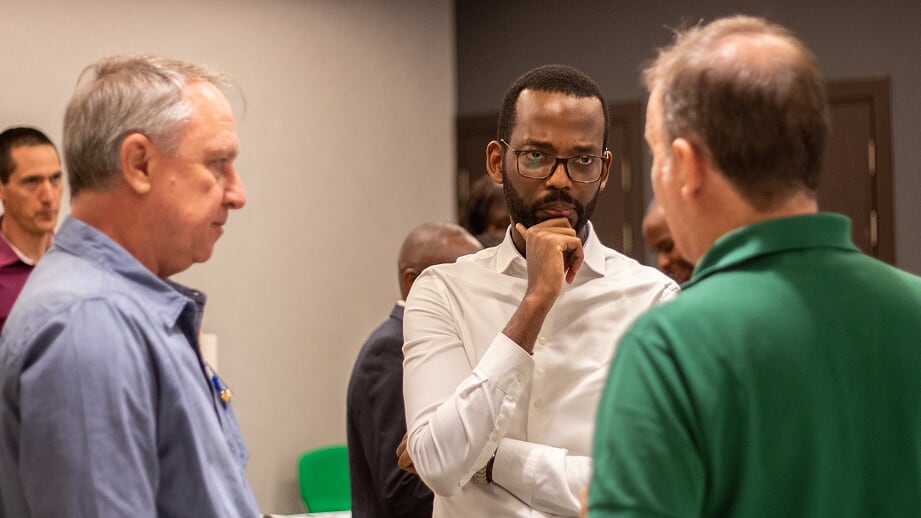