Growth in services was driven by real estate (which grew 12%) and transport and storage (which grew 10%), and growth in industry was driven by construction (which grew 8.2%) and manufacturing (which grew 6.2%). Real GDP growth declined to an estimated 5% in 2017, due to subdued credit growth caused by caps on commercial banks’ lending rates, drought, and the prolonged political impasse over the presidential election.

The half-year estimates show that the economy remained fairly resilient, growing 4.8%. Services accounted for 82% of that growth, and industry accounted for 17%. The economy is projected to rebound to GDP growth of 5.6% in 2018 and 6.2% in 2019. 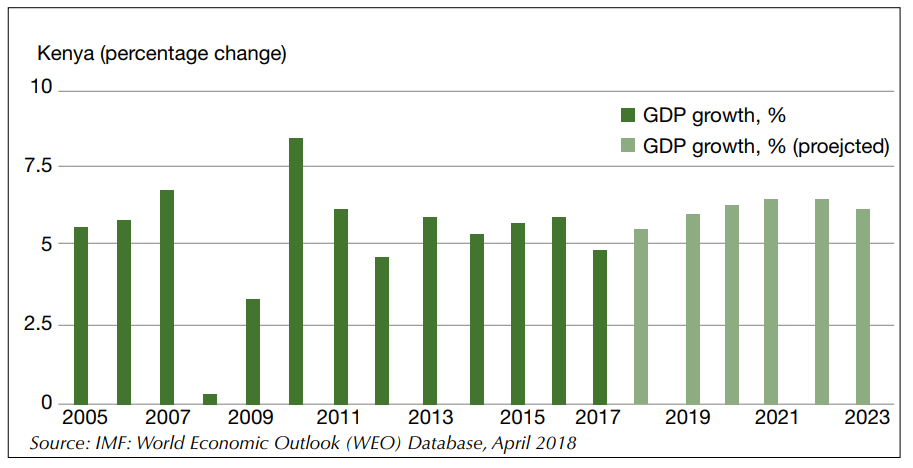